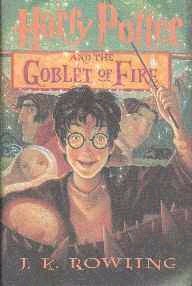 (NOTE: while this post is current, scroll on the sidebar —in a separate tab or window—to click to listen to Hedwig’s Theme while reading 😀)

One would expect a wooden goblet to burn to ashes had it been filled with fire. But when the fire is that of enchanted flames, it is no ordinary goblet—it is the legendary Goblet of Fire! Its blue-white flames flicker with the glow of wonder and anticipation, holding within itself the power to judge which three worthy opponents from the three largest European wizarding schools will compete in none other than The Triwizard Tournament.

In Harry’s 4th year at Hogwarts School of Witchcraft and Wizardry, the school played host to this exciting and dangerous event, along with the visiting students from the Beauxbatons and Durmstrang schools who would participate. One representative from each school would be chosen to compete, with only students of age (17 years old and above) allowed to submit their names, having written them on paper then dropped into the famed goblet. Harry was relieved that, as a 14-year-old, he couldn’t qualify; he wouldn’t be expected to enter his name. He had no desire to risk life and limb in a contest, so on the night the winners were announced, the goblet having just chosen the three competitors, when its flame flashed red unexpectedly spewing forth a 4th scorched parchment, no one was more shocked than he when Dumbledore uttered, “Harry Potter.” 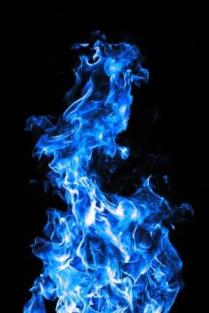 This was yet another in a string of recent, dark and strange occurrences, the first having been in the summer when he awoke with his scar ablaze after a nasty dream about a large snake, Wormtail the betrayer, and the murder of an old man—at the hand of Voldemort! In that dream they talked about their plot to kill someone. To kill Harry! Then, before school term began, after the excitement of the Quidditch World Cup, a pack of Voldemort’s Death Eaters terrorized Muggles. Through the campsite of frightened attendees, they paraded only to have fled at the conjuring of the Dark Mark, hauntingly hovering in the night sky. Then this. Who had entered his name in the Goblet of Fire—and why?

At the penned hand of J. K. Rowling, queen of clues and red herrings, we follow Harry as he is forced to compete in a series of treacherous tasks, all of which exceed his level of wizarding capabilities. With the help of Hogwarts friends, including Cedric Diggory, the other Hogwarts Champion, Harry muddles his way through. Also lending a helping hand (and sometimes hindrance) are a new cast of wizard characters the likes of Mad-Eye Moody, Ludo Bagman, Barty Crouch Sr., Durmstrang Quidditch star, Viktor Krum, Rita Skeeter (ugh!) and more.

In Harry Potter and the Goblet of Fire, the 4th installment of the series, everything in Harry’s wizarding world grows even darker. What awaits Harry and Cedric could not have been known or prepared for. Along with them, we are transported into the depths of the fiery cauldron of Voldemort’s return. Our minds race with fear and our hearts twist within the grip of his unspeakable actions. Our imagination’s eye opens wider and wider as our hunger for information is fed with yet more back story. We are enveloped by Phoenix song, then long for its comfort as we grieve the tragic loss of life—another senseless death at the hands of this venomous villain. The wizarding world is once again in the throes of turmoil, but the Ministry heads refuse to believe, after 13 years of peace, that You-Know-Who is back!

Moving into the 5th book Harry Potter and the Order of the Phoenix (prompted by Sheila’s Harry Potter Reread-along), more unfolds, more frightens, more emotes and more compels. As it always has, this series pulls me in and doesn’t let go…

Have you read Goblet of Fire? I know it is a favorite in the series for many readers. How about you?

34 thoughts on “UP!—Burned by the GOBLET OF FIRE”